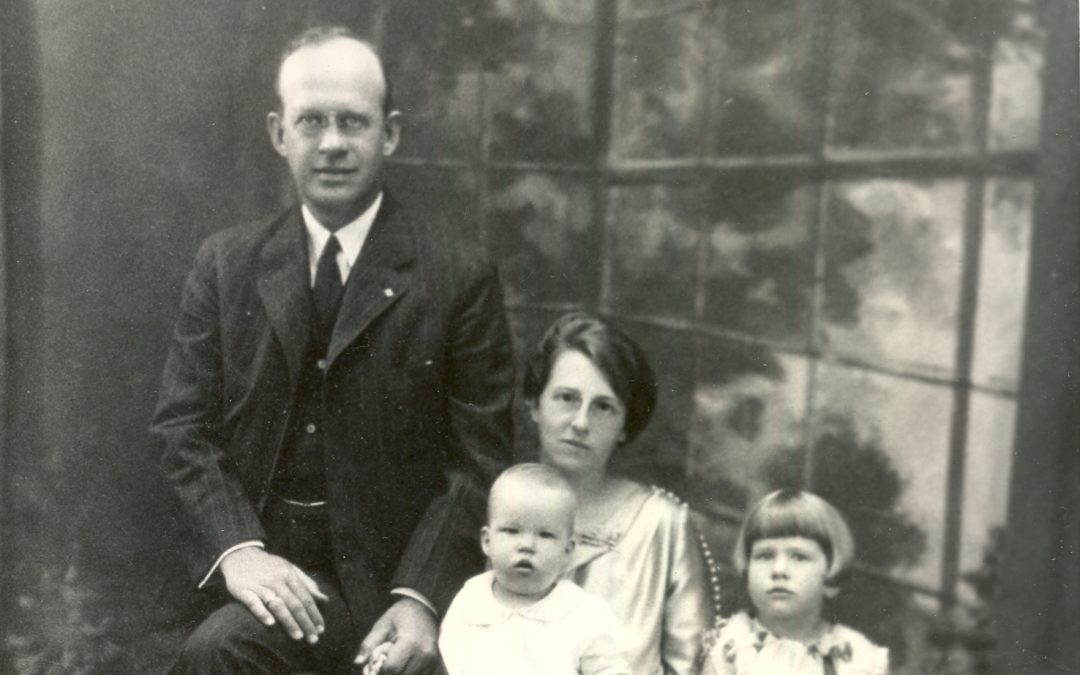 When Workers Were Human: My Grandfather’s Decency

,#000080;”>
My maternal grandfather died before I was born. Yet, seventy years later, I hold his story close when advocating for the plight of workers during our COVID-19 pandemic.

Researching records, the Decker family line disappears quickly in the fog of immigration. My great-grandfather John came from Germany after our Civil War. As in many cultures in those days, family names were based on what work you and your descendants were destined to do. German students among you will know that Decker (shortened from dachdecker) means roofer, and leaving his family history behind, John Decker arrived penniless in Philadelphia. He took up residence in Germantown, of course, and raised his two sons to work hard at the only thing he knew.

And work, they did! My grandfather Frank and his brother John grew Decker and Sons to be one of the largest roofing companies in Philadelphia. My grandmother told me that on the eve of the Crash of ’29, her husband and brother-in-law were running 30 trucks, each with a crew of men.

You should know their route to that elevated station came from specializing in what might be called, “roofs of the rich.” We’re talking copper and slate, roofs that last 100 years. How, you ask, did two first-generation German boys pull this off? My grandmother Helen would lovingly laugh, referring to her husband Frank as ‘the hypocrite.’ You see, Frank’s brother John was a tradesman. He could teach workers the art and ran crews to perfection. My grandfather Frank’s skill was getting the jobs. He was the quintessential schmoozer of his day.

More than once, I heard my grandmother tell the story of Frank making his rounds through Chestnut Hill, the upper-crusty region of Philadelphia, looking at the condition of roofs on the mansions there. In those days, a man could get to know everyone and Frank knew the roof of the Spinster Mary was in serious disrepair. Seeing her in her flower garden, he pulled in and said, “Good day.” He spoke not a word about the roof. Instead, for over an hour he followed Mary around her garden, listening to her spouting fonts of wisdom and adoring each plant she was tending.

The hypocrite part was that Frank didn’t know a rose from a dandelion, but he gave Mary earnest attention and praise until, at last, she became tired and needed “to sup.” As Frank turned to go, Mary said, “Oh, Mr. Decker,”—those were times of manners, you know— “while you’re here, would you mind looking at my roof to make sure all is well?” Frank may not have known a whit about flowers, but he had mastered the Venus fly trap technique of business.

We, in the time of COVID, now understand economic disaster. When the Crash of ‘29 came, businesses shuttered overnight. The numbers of people without work exploded. But there was no safety net for the working class. Families were tossed onto the reef of misfortune like rotting bales of hay. Not only that, banks, too, were closing, meaning they had no currency to return to their depositors. The money of expendable people—those we now call essential workers—simply vanished.

Having come from nothing, Frank and his brother John knew what to do. In the attempt to save the local bank and its depositors’ lives, they each deposited $100,000, a total of $3.1 million in today’s currency. Some people actually got a fraction of their savings, but the bank folded anyway. Mirroring the true nature of capitalism, Frank and John’s largesse was gone without a trace.

But the brothers were not done. For the whole Great Depression, so that their workers’ families could stay afloat. the brothers used their personal funds to pay every man his normal weekly wage, whether he worked or nor. They also supported all of their In-laws’ families, because they, too, were out of work. Of course, then as now, roofs deteriorated. Some rich people opted for copper and slate, which helped the business putter along.

The war came and a few years after victory, my grandfather was riding in the passenger seat of his automobile with my grandmother driving. She told me his left hand suddenly curled dramatically drawing his attention and his final words: “Helen, look at this.” He was dead from a stroke before she could pull over to administer his nitroglycerin medication.

John ran the business, but without Frank, times got hard. John’s sons did not quite have their father’s determination. And squadrons of confident soldiers were eager to bury their pasts by competing with businesses of the Old School. Ahead lay two decades of releasing pent-up demand. Upward mobility was the new elixir of Capitalism. Our threadbare American individualism, languishing since Manifest Destiny had run out of real estate, suddenly had a new canvas on which to paint. After John died, the company went bankrupt and was sold.

We know what has happened since. It seems like lifetimes ago that owners would care for their workers as if they were family. Somehow, today’s champions celebrate our “progress,” saying we are the greatest we have ever been. This writer isn’t convinced.